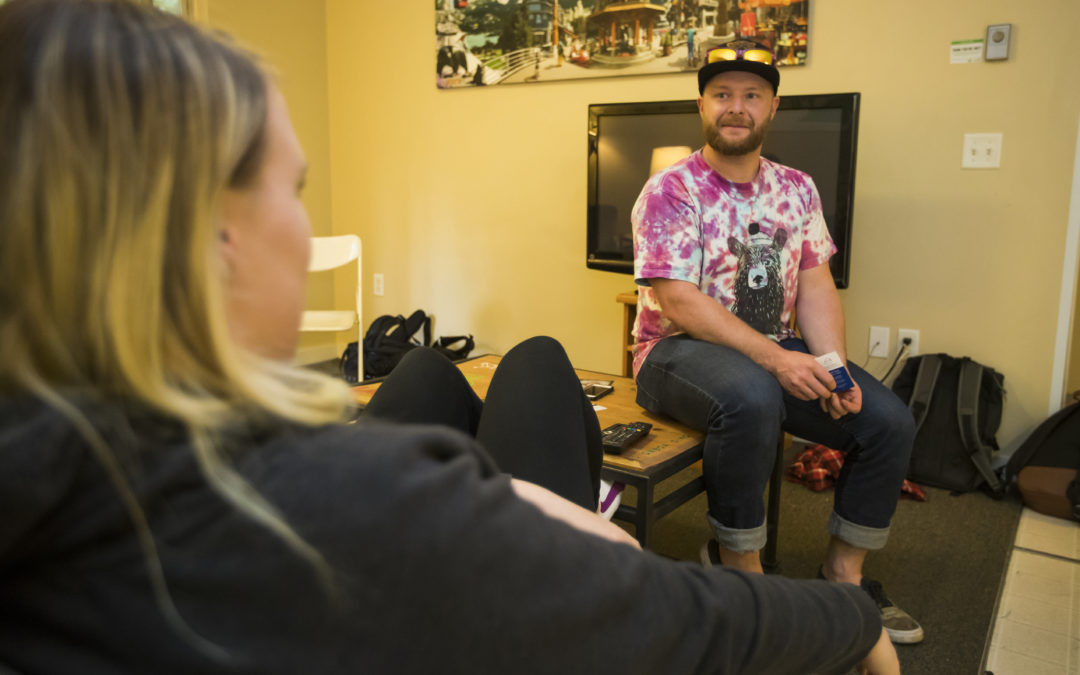 Last week, the BC government confirmed that young people in government care will still have access to supports until March 31, 2021 – even if they “age out” and turn 19 during that time. This is good news for young people in care, and for advocates, like us, who were concerned about the risk of hundreds of young people aging out of care with no support on September 30.

But there is still work to be done. The latest announcement has taken the pressure off, but we still need a long-term solution to ensure all young people leaving care have safe housing, access to income, and appropriate supports. Read more about the changes that are needed in the below story, first published in the Pique Newsmagazine on Friday September 25, 2020.

Whistler housing advocates welcomed the NDP’s decision last week to extend supports for young adults across the province aging out of government care, but they say a more long-term approach is still needed.

“I think the next step is to make sure we don’t just push back the deadline to find 700 kids aging out of care six months from now,” said Whistler-based Zero Ceiling’s co-executive director Sean Easton, referring to the roughly 700 B.C. youth who age out of government care each year. “Once this cohort ages out, and hopefully we do a great job finding them placements, we want to make sure no youth aging out of care faces this in the future.”

On Saturday, Sept. 20, the B.C. government announced that youth aging out of foster care, contracted residential agencies or with relatives through the extended family program would be allowed to stay in place until at least March 31, 2021, the second such extension during the COVID-19 pandemic. Typically, youth in B.C. age out of government care once they hit their 19th birthday.

“This pandemic is not over. I want youth in care to be assured that they will be able to continue receiving the supports they count on and won’t have the added stress of aging out during these challenging times,” said Katrine Conroy, Minister of Children and Family Development (MCFD), in a statement. “Especially right now, youth in our care need and deserve to feel supported and safe and our government wants to make sure that happens.”

The province will also maintain emergency measures over the next year that allow access to life-skills and rehabilitation supports through the Agreements with Young Adults program, and, as of Oct. 1, more flexibility is being granted for young adults to access mental-health resources through the same program.

A pre-existing issue that has only been worsened by the pandemic, Easton wants more accurate data from the province on the number of youth set to age out of care and the plans in place to find them sustainable housing.

“It’s not clear how many kids are aging out,” he relayed. “In addition to that, what’s the plan? Who has housing placements? Who is staying with their foster parents?

“It would be a positive step forward if we were to able achieve a centralized list of who has plans and who doesn’t.”

Housing providers like Zero Ceiling—which has offered to house two young adults aging out of care in addition to its regular Work 2 Live participants—as well as the private sector are primed to play a larger role in housing young adults aging out of care during the pandemic, said Katherine McParland, executive director of A Way Home Kamloops and a BC Coalition to End Youth Homelessness member, alongside Zero Ceiling.

“We all have a responsibility to these kids,” she said. “Housing providers and organizations like Zero Ceiling are absolutely incredible because they foster that sense of protection and belonging that helps youth from becoming homeless and inspires and recreates that family privilege that every youth should have access to.”

The coalition has also discussed the possibility of raising the aging-out-of-care limit from 19, but Easton said such a move would mean little without an improvement in how the province manages and executes young adults’ transition into long-term housing.

“Transition planning is in the mandate of the MCFD … but it’s not getting done right now. How do we make that leap from intention to actual execution?” he asked. “I think part of it is accountability. So whether that’s inter-ministerial or kids not leaving care until they have a really clear housing placement and means of income.”

Formerly homeless after having aged out of government care, McParland is uniquely positioned to understand the anxiety that comes with an uncertain housing situation at such a young age.

Zero Ceiling is hosting its Family Dinner Fundraiser on Oct. 3, which gives donors the chance to dine with Work 2 Live participants and staff from the comfort of their own home. A Family Dinner Box for Two costs $100.