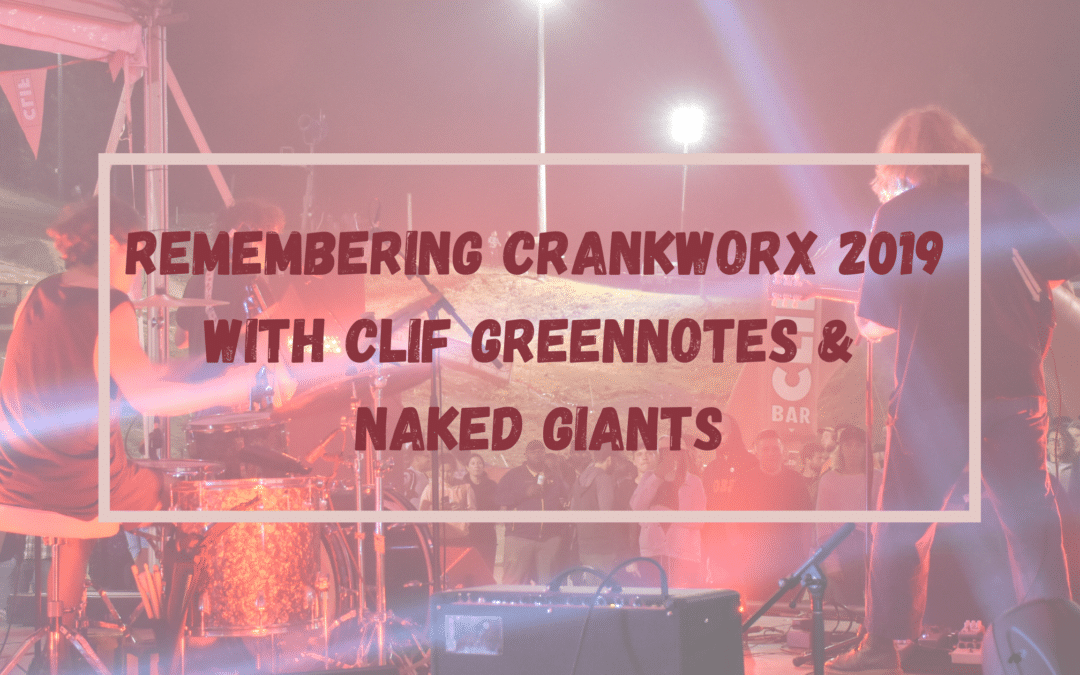 Crankworx has been one of Whistler’s longest-running and most iconic events. That’s saying a lot, considering Whistler has also been an Olympics host city. However, Crankworx is taking a break this year in light of COVID-19.

Nearly exactly a year ago, Zero Ceiling had the opportunity to be a part of the fun. This post is us reminiscing about meeting up with rock stars and getting to engage with this amazing community of daredevils and athletes.

The week-long mountain biking festival was born in Whistler in 2004. Now it has gone international, with tournaments in Rotorua, New Zealand, and Innsbruck, Austria. However every August it returns to Sea to Sky country, drawing crowds of thousands to witness elite and amateur athletes compete in a number of exciting events.

Last summer, they added a concert to the lineup. We had the good fortune of spending a day with the headliner, Naked Giants, regular Crankworx sponsor CLIF Bar, and CLIF GreenNotes at Crankworx 2019. 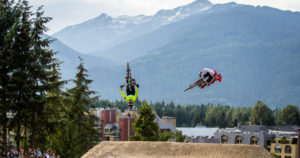 Arien Loron and Austin Warren at Dual Speed and Style

CLIF GreenNotes is CLIF-supported program which pairs musical artists with cool nonprofit organizations to create positive social and environmental impact. Basically, they are an initiative that brings awareness to social and environmental causes by combining awesome musicians with non-profits looking to make impactful change in their communities.

Through a GreenNotes concert series, they are able to amplify the voices of people doing important work in communities around the world and inspire others to make a difference. They also educate and advocate around the environmental impact of concerts and other events.

Last summer, CLIF GreenNotes reached out to us to take part in a concert benefiting Work 2 Live.

The idea was to hold a concert after the Speed & Style event on Friday, August, 16 to keep the vibes pumping and the good times rolling. The concert would be an opportunity for Zero Ceiling to raise money and awareness for our cause, while also promoting an awesome band and the GreenNotes initiative. The free concert was just a bonus.

We’re with the band

A year ago, the crew got to hang out with the talented and kind guys from Naked Giants (who were tall, but not abnormally so. They were also clothed.)

This rock ‘n’ roll trio hails from Seattle, and last year were on tour for their first studio album SLUFF and their 2019 EP Green Fuzz. They’re also releasing their latest album, The Shadow (pre-order it or pre-save it now!)

Luckily, they found us.

Together with the band and Eric Walle from CLIF GreenNotes, we went on a hike to the Train Wreck (a Whistler local’s hotspot) and enjoyed a nice relaxing BBQ by the lake which naturally turned into a jam session with the Work 2 Live crew. Take a look at some of their pics from that day on their Instagram:

we're absolutely CRANKED to be in Whistler with @clifbar @clifgreennotes and @zeroceilingsociety for CRANKWORX! we'll be rocking at Base II at 9pm tonight after the CLIF speed and style and best trick events. see ya there! pics by eric

The next day Zero Ceiling set up at the Speed & Style finish line during the Women’s and Men’s events. We got to see some legendary athletes and Crankworx superstars up close performing some of their most wicked and gravity-defying stunts. As well as get covered in a hill’s worth of dust.

At our little booth, we sold raffle tickets for prizes kindly donated to us by local partners and by CLIF Bar. We also got to chat with some awesome folks about what we do and how they could help.

Once the concert began we were full-on rocking out. Naked Giants put on an amazing show!

That night was a night we will never forget. It’s always so much fun to see talented people in their zone of genius. Even a year later, we’re still buzzing. The fact that it was for our benefit was icing on top of a very dusty cake.

“Performing on a stage has been very purpose-giving. Being in a group of people all experiencing music together brings a strong sense of community, which excites me. Hopefully going forward we’ll be playing to more and more people. I want us to spread respect and fun rock’n’roll music to a whole lot of people. That just seems like a good deal all around.” – Henry Lavalee, Naked Giants drummer

We’re feeling the loss of this incredible event and the people we got to meet, like the folks at CLIF Bar, CLIF GreenNotes, Crankworx, and of course Naked Giants. We hope that we get to see it back in our town soon. But until then, we’ve got the memories and the music.