What Does It Mean to Celebrate Pride in 2020?: A letter from a Graduate 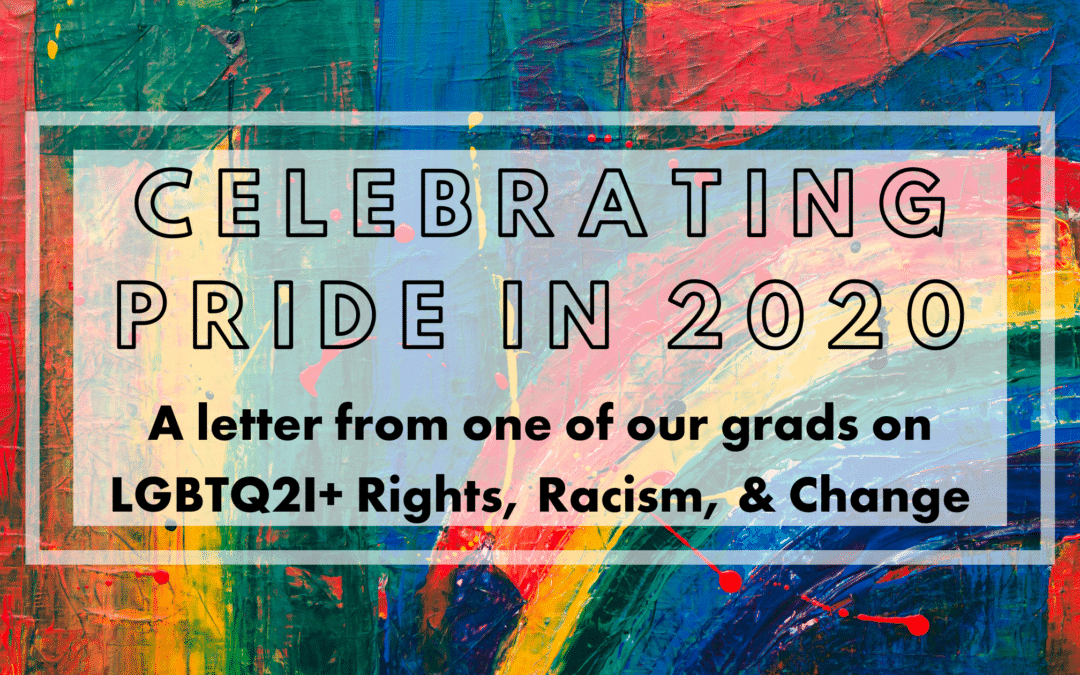 This June is known worldwide as a celebration of Pride. The reason we are able to so openly express our love and identities in the form of world wide parades is because we took to the streets and fought for our rights. Governments which persecuted “sexual minorities” did not simply shrug and change their mind; it was after continuous events of state-sanctioned police brutality that our LGBTQ+ ancestors and elders rose up and took a stand against injustice and demanded our freedom. The people that ignited this movement were not the wealthy gay white men and women of the time…it was the disenfranchised, the persecuted, and the poor that said enough was enough. Trans women of colour have lead this movement and paved the way forward for people like me to express ourselves and be free. Without the bravery and strength that these communities had, I might not even be standing here today. 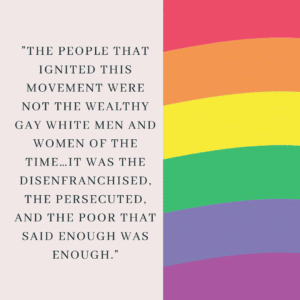 I’ve always had a hard time with Pride. I found it hard to celebrate as I didn’t always feel proud of myself. The rejection, abandonment, and shame I felt from my family’s intolerance of my gender and sexuality left me with a lot of internalized hatred and a lack of self worth. I never really participated in Pride in Vancouver for that reason. Pride was also centred on the experiences of gay men, so as a transgender woman I didn’t always feel represented in these celebrations. I also felt angry at times with the movement. How could corporations don themselves in rainbow colours and co-opt a political movement and claim a part of my community as their brand? If I, a queer person, could not wear rainbows in the street without the risk of facing violence, how dare they? I still face discrimination and micro aggressions from corporations for the way that I walk through the world, so celebrating pride was something I never really felt comfortable doing.

However, in January of this year I walked in my first Pride Parade. It was here in Whistler, with an unconventional but super cool beginning of the march; skiing down the mountain in rainbow colours with a giant rainbow flag! It was fun to see some funky outfits, the drag queen Lady Bunny walking in heels in the snow, and the beautiful rainbow colours. I even got to represent for the transgender community and walk holding the giant rainbow flag down the village stroll in my glittery makeup and big smile. It was an exciting event and a memorable first Pride Parade.

This June however, I will not be celebrating pride and dancing with my friends. I cannot in good conscience walk the streets and celebrate my trans identity when my siblings to the south cannot. Police brutality against gay and transgender people is still happening, and the brunt of this excessive abuse is directed towards trans women of colour. This month has demonstrated the need to stand up and protest, and even riot, in the face of injustice. Black people are being murdered. My sisters are being murdered. In the last week alone, two transgender women in the United States were murdered. Dominique “Rem’mie” Fells from Philadelphia and Riah Milton from Ohio both had their lives taken from them. Say their names.

Tragically, these are not isolated incidents, but a pattern of systemic racism, transphobia, and institutionalized violence. Our communities are still being terrorized by racialized violence and serial killers in uniform. Black people across North America(yes including Canada) and the world face disproportionate amounts of policing, violence, incarceration, and murder at the hands of cops. Black Lives Matter. Black Trans Lives Matter.  We cannot keep silent, and we cannot stand by and watch. We must rise up with our fellow human beings and demand that their rights must be honoured. Speak out, take to the streets, and demand an end to this violence. 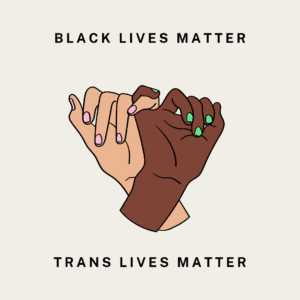 If you are white and living in North America, then you are benefiting from the genocide of indigenous people and the abduction and enslavement of black people who built this continent and the infrastructure that connects it. There is no way around this fact, and we must show up and be a part of the change. We can use our white privilege to make change within our communities, denounce racism at every turn, and help take down the bricks that uphold the settler-colonial white supremacist society that we live in. The time for change is now, and we must not be afraid. Our brothers and sisters are under attack, and we must stand up for them as you would for your own family.

This article was written by a recent Zero Ceiling graduate. She is a transgender woman with a passion for the outdoors, sustainability, and activism.